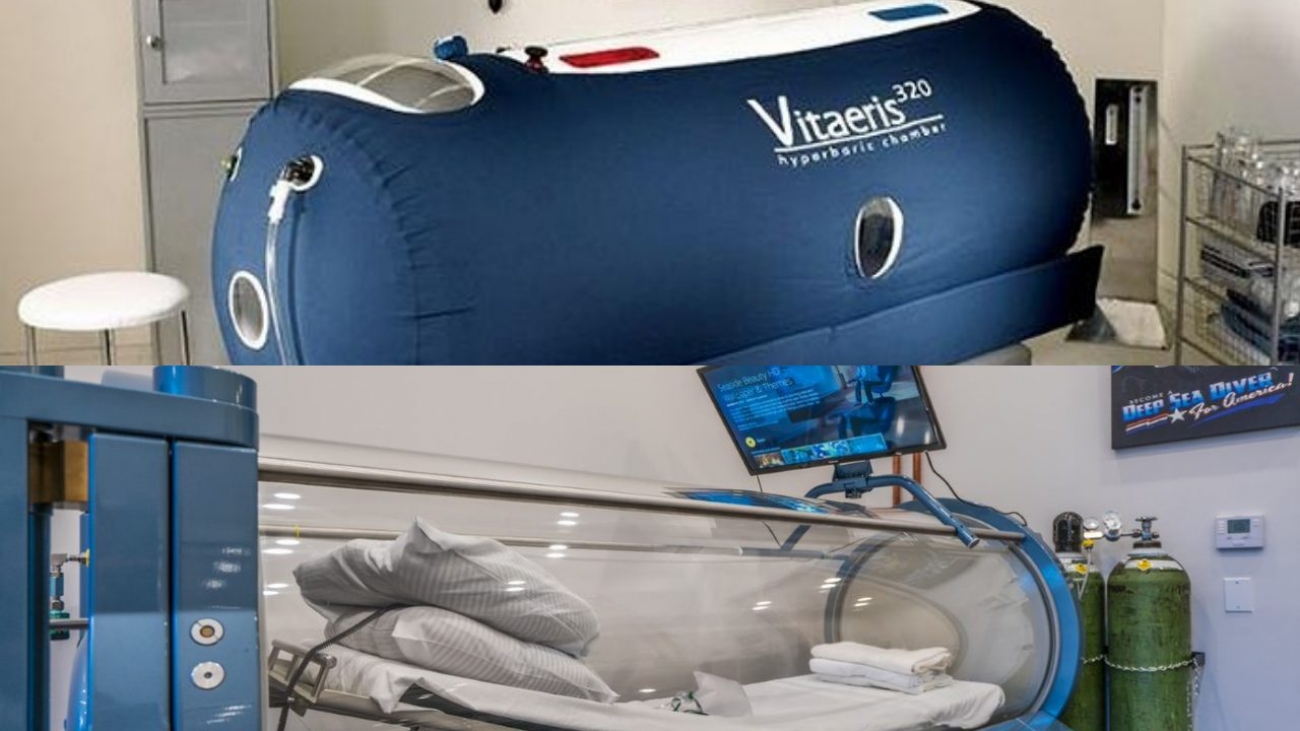 In the medical field, hyperbaric refers to an alternative healing treatment where oxygen is mixed with high pressure to encourage blood plasma to take in more oxygen into the system. Before you begin your hyperbaric journey, you should know the difference between the two hyperbaric treatment types. These treatment types include the hard and soft hyperbaric chambers. There are many differences when picking your treatment chamber as we would look at the chamber material, pressure difference, medical indications, treatment types, research, and FDA support. At Under Pressure Hyperbarics, we’re committed to providing you with all the information you need to make a decision on what chamber is right for you.

What is a Soft Hyperbaric Oxygen Chamber (mHBOT)

What is a Hard Hyperbaric Oxygen Chamber (HBOT)

A hard hyperbaric oxygen chamber can either be inside a monoplace chamber or a multiplace chamber. These chambers have greater strength and provide more benefits than soft chambers. With a similar purpose, the only difference is the amount of people inside a chamber at one time. With a multiplace you will have a bigger room with multiple people sitting or lying down for treatment, and with a monoplace chamber you may only have 1 person lying down and enjoying the benefits inside a 8 feet long and 3 feet wide chamber. At Under Pressure Hyperbarics, you will find hard shelled monoplace chambers for the main treatment plan.

Pressure Inside the Hyperbaric Chamber

One of the most common differences of a soft vs hard hyperbaric chamber is the pressure levels. Hard chambers are capable of reaching pressure levels of 6.0 ATA, while a soft chamber has the capability of reaching only 1.5 ATA. Safe levels of pressure are between 1.0 atm and 3.0 atm and for the hyperbaric oxygen therapy to really work on your body, you need to exceed 1.5 atm. This poses some questions about how much soft (mild) chambers have effect on healing.

Oxygen Inside the Hyperbaric Chamber

Low pressure hyperbaric chambers are being offered at multiple medical spas and clinics and even being sold as a consumer product for the home since it is not regulated as a true medical grade device. Oxygen from a low pressure hyperbaric chamber is not 100% pure oxygen as medical grade hard chambers. A soft chamber for example at 1.3 ATA of pressure, you would be getting about 20-30% of oxygen. At low pressure and low oxygen level, you are not doing much benefit for your body going into a soft hyperbaric chamber. A hard oxygen chamber has 100% pure oxygen running from 1.5 atm to 3 atm at normal conditions for regular healing. With a hard chamber, you will be getting benefits up to 3x more than a soft chamber and guaranteed in-office safety measures.

To have a medical grade and FDA approved treatment, you would need to find a treatment center that has hard hyperbaric chambers. These FDA approved chambers are medically signed for 14 different studied conditions and more indications are being included year after year. Treatments that are approved by Medicare and approved by the FDA as a safe treatment plan include:

As a medical device, Hyperbaric Oxygen Therapy has many risks and by not having FDA approval, medically approved and supervised, there may be safety concerns when using soft hyperbaric chambers. Despite many concerns, soft chambers are currently being marketed as an effective treatment for many conditions, even with no scientific research or safety measures in place.

Unlike hard hyperbaric chambers, soft chambers are portable and allowed to be commercially purchased for home and business use without any regulation. Due to this, it is highly advised if you are looking for a treatment, you should find a treatment center that holds hard hyperbaric chambers that are medical grade, FDA approved and hold government safety standards such as the ASME PVHO-1 code for pressure vessels for human occupancy. With no trained professionals on-site, low-pressure hyperbaric chambers are not only ineffective for many conditions, but hazardous if not handled correctly.

At Under Pressure Hyperbarics in Los Angeles, we only use FDA-approved and medical grade hyperbaric oxygen chambers with multiple medical directors and HBOT technicians on-site. At Under Pressure Hyperbarics, we hold hospital level standards and provide the education and consultation needed before entering the tank. Our chambers are designed to deliver up to 10x more benefits than a regular oxygen tank and 100% pure oxygen under pressure. If you are looking for treatment in your area that’s not in Los Angeles, consider a treatment center that holds hard hyperbaric oxygen chambers.